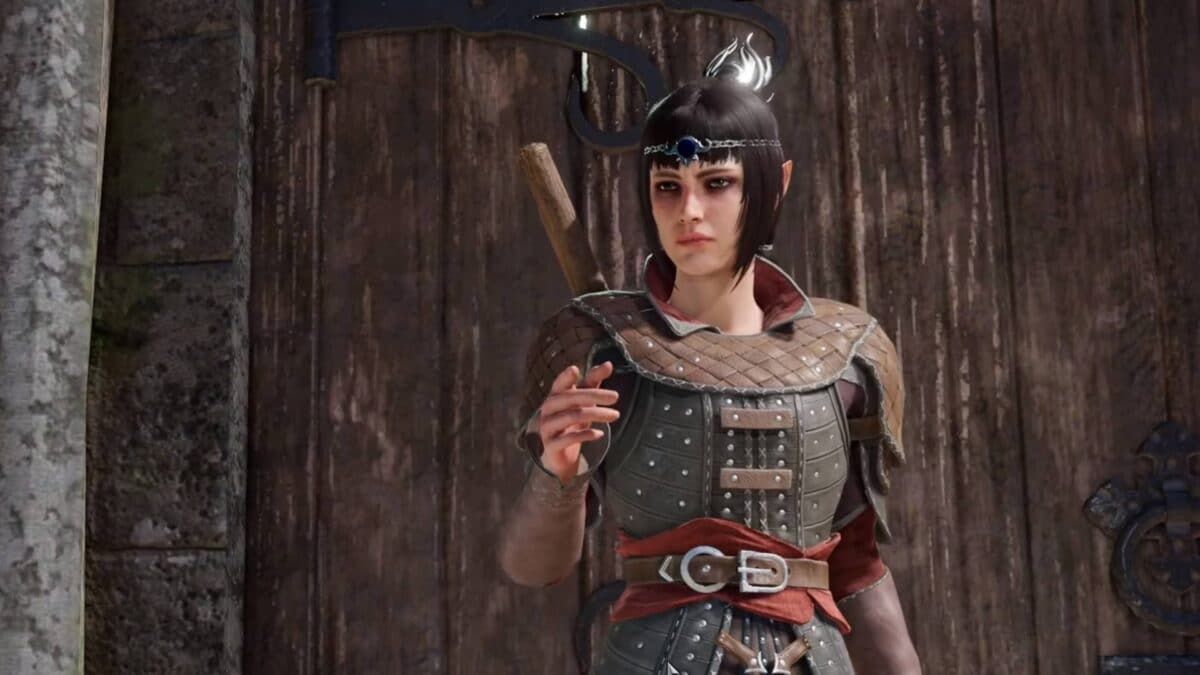 The gameplay of Baldur’s Gate 3 has been presented. And the question is: Can a good chef recreate a perfect dish?

I’m one of those old guys who loves the Baldur’s Gate saga like no other game. I’ ve been up and down the Sword Coast a whopping seven times, beating up Jon Irenicus, defeating Demogorgon and cutting down the Bhaal children to size.

What makes saga so great? An excellently told story, credible characters with personality, tough and tactical battles that are often decided on razor’s edge, powerful items with their own very well told stories and a coherent world.

With its isometric view and fixed camera, the Infinity engine leaves plenty of room for imagination. Portraits play an important role here: the appearance of the character in the painted picture is transformed in my head into a movie every time one of these guys gets involved in a conversation or when a decision has to be made.

Then there are the real-time fights with pause function. I often burst with my heroes into a room filled with highly dangerous wizards, fighters armed to the teeth and deadly villains.

Pause is activated and here we go: Assign melee fighters with haste to the most dangerous enemies, a mage casts time stop and then all magic chain spells, area spells and devastating actions are strategically placed.

Never have fights been more satisfying, never has overwhelming power been conveyed in such a simple yet impressive way. Nevertheless, fights often have to be retried because critical failures were rolled. Or I have to come back later because a dragon or a lich dominates my group in such a way that success seems impossible.

Another great strength of Baldur’s Gate saga is that there’s a solution to almost every problem – even if it’s traveling across the world to buy the two potions that make all the difference in battle.

Much of what I have just described won’t be present in Baldur’s Gate 3. The gameplay presentation of Larian Studios at PAX East shows a great looking game that was very familiar to me.

But it didn’t remind me of Baldur’s Gate, instead it reminded me of Divinity: Original Sin. The combat mechanics reflect exactly what made Larian Studios great: Sophisticated combos and a very special sense of humour. For example, we may throw our boots (or other items from the inventory) at enemies.

Characters and their conversations are elaborated in cinematic dialogues down to the finest detail, leaving little room for imagination. Even the dialogue options are no longer straightforward, but written in past tense: “I feigned ignorance. What was she talking about?” Or, “I told her we needed to rest.” This separates my thoughts about the situation from the actual event in a strange way. I don’t feel involved, but strangely detached.

Almost casually, Swen Vincke, head of Larian Studios, explains in the presentation, “Dungeons & Dragons is turn-based, so is Baldur’s Gate 3.”

That cuts deep. I haven’t been able to swallow this pill yet. The gameplay demo didn’t prove that this was a good decision either. That infernal action described above with simultaneous actions of all six (in Baldur’s Gate 3 probably only four) party members? Now impossible. Instead, the Divinity gameplay was brushed over tradition.

Of course, turn-based battles have advantages, which the demo also illustrated wonderfully. Single actions can be planned and executed brilliantly. Sneaking is even easier because you can switch to turn-based actions outside of a fight. But everything happens one after the other and incredibly much slower.

In Baldur’s Gate, real-time battles with pauses could have been lengthy, but now, instead of a dynamic, fast, powerful discharge of planned and coordinated attacks by the entire group, there is only the processing of individual attacks. One after the other. In queue.

Just faceroll with your heroes over a bunch of bandits? No chance, each one has to be hunted down one after the other.

In terms of game mechanics, this may bring advantages from time to time. Maybe a mix or optional switching would be useful here? The demo of Baldur’s Gate 3 couldn’t capture the essence of the Baldur’s Gate saga in any of the fights shown. This may also be due to the fact that there were hardly any references, hardly any things that made a nostalgic person enthusiastically think “I know that” or “This reminds me of that”.

It is somehow like in the german cooking show “Kitchen Impossible”, when first-class chefs have to recreate a dish that has been perfected over generations, only by taste and appearance. They often come close, but rarely manage to capture the essence, the spirit of the dish in the way the original chefs can.

Larian who already made very good roleplaying games, are also struggling with this. They are not able to build an adequate successor for the king of roleplaying games automatically. In addition, there was a major mistake in yesterday’s demo: If you want to continue a legend, you have to capture the spirit of the predecessor with references, allusions and familiar elements to win those from the very first moment who love this legend.

Larian Studios have actually perfectly captured and developed the spirit of a predecessor. But we are talking about Divinity: Original Sin, not Baldur’s Gate. Only the reference to the Mind Flayers is remotely reminiscent of the Underworld in Baldur’s Gate 2, and there’s not much more to it at the moment.

How do you continue a classic in modern age?

Of course, I understand that attempts are being made to modernize Baldur’s Gate, to bring it up to state of the art technology and to make it accessible to a wider audience. But after the demo I’m not sure that the right ingredients are used. This also reminds me very much of Kitchen Impossible when chef Tim Mälzer says: “I can’t get this special taste, I can’t meet this perfection. I have to come up with my own interpretation.”

The chefs at Kitchen Impossible almost always manage to impress the respective jury, who love the original dish and know it perfectly, with the recreated dish. It simply tastes very good because Mälzer & Co. know their craft. But it happens very rarely in the show that they capture the spirit of the original dish perfectly.

Larian must have known about the responsibility and burden they took on with Baldur’s Gate 3. Thousands of role-playing game fans have been waiting for twenty years for a true sequel to the legendary Sword Coast adventures. A number of games have already tried to live up to this legacy, including Pillars of Eternity and Pathfinder: Kingmaker. These are very good games, but they didn’t reach this level of perfection either, which the old BioWare and Black Isle Studios achieved with the Infinity engine.

Baldur’s Gate 3 looks great. The free camera has replaced the isometric perspective, another change to the original. The vast and open 3D world offers fantastic details, a lot of verticality and it looks alive. The animations are cool, the characters finely crafted. And the opening cinematic is of course absolutely amazing.

Searching for the essence of Baldur’s gate

But the essence of Baldur’s Gate is an overall feeling. It is fed by the perfect mixture of all the above mentioned elements and certainly some more. Baldur’s Gate 3 feels wrong after the demo. It seems to be a completely different game and with a different title my enthusiasm would have been much greater despite the many bugs. But now the nostalgic player is left with only the stale taste of deep disappointment.

Because the name obliges. Larian Studios can’t just come up with an interpretation. Baldur’s Gate cannot be reinterpreted. The wrong ingredients make a different dish – and in the end it tastes completely different.

The spirit of Baldur’s Gate was absent in the gameplay demo, at least for me. Perhaps it’s just an unfortunate choice of scene. Maybe the story is great, and the characters are brilliantly portrayed and lovable. Maybe the overall composition of Baldur’s Gate 3 makes a worthy successor for the best roleplaying game ever. We’ll have to wait and see.

Baldur’s Gate 3 is likely to become a good game. But a gameplay-driven Divinity in a D&D setting does not make a legendary game famous for its tales. I hope Larian has really understood what kind of legacy they are trying to take on. There is hardly a greater challenge.

But perhaps this undertaking is simply impossible. After all, it is for a good reason that there is no “Faust – A Tragedy, Part Three”. 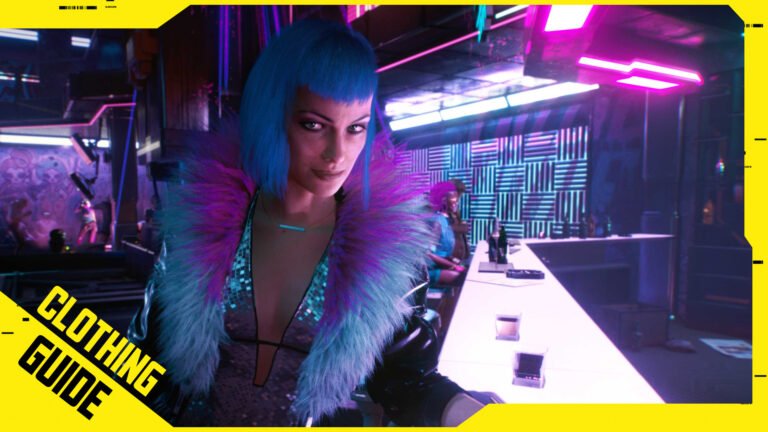 Dressed to the nines
Cyberpunk 2077 Clothing Guide with Legendary Sets