We will answer the following questions in this article:

A lot has happened since the release of Alpha 3.0 at the end of 2017 and the poor performance at that time. Many big and small improvements (e.g. the performance technology Object Container Streaming) have been introduced on the client side and the game world is also growing steadily, most recently with the moons around the planet microTech and the landing zone New Babbage.

Currently version 3.11 is live. Is it possible to play smoothly and without crashes? What can I personally do to achieve more stable FPS?

All performance statements in this article refer to the following system:

By the way: On the telemetry page of CIG you can see your system in comparison to other systems and quickly find ways to improve it.

Update 3.11 is currently on the live servers. I have tested the Star Citizen performance and stability extensively with my new high-end configuration. First an information for all who think about a PC upgrade because of Star Citizen: The bad FPS in the game are at a certain point no longer caused by your hardware but by the servers and the still missing optimization of Star Citizen. Despite my high-end configuration, the FPS numbers hardly differ from my predecessor PC (i7-4770K, GTX 1080 Ti).

The general FPS within and around landing zones are between 15 and 25, but at least it plays smoothly again and unlike in update 3.9 there are no significant frame drops anymore. On moons I get between 30 and 45 FPS here and there. So all in all everything stays the same.

I have noticed a number of improvements. Mining (Guide) now also works correctly in asteroid belts – the rocks no longer disappear. Atmospheric flight is a real hard nut to crack for Prospector owners, because the sluggish thing develops a strong pull towards the ground and has to be constantly countersteered. This is exciting – at least when you figure out that the Prospector in its standard configuration is now better suited for asteroid mining. Also logging out in the bed of the Prosepctor works perfectly, which makes your life much easier.

However, the bugs have not diminished. The servers in my game sessions always ran stable except for one crash, even for several hours at a time. But the new takeoff and landing paths always cause problems: Sometimes they are not displayed correctly and you have to do pirouettes with your spaceship until you get to see them. If you have bad luck and autopilot is turned on, the spaceship likes to explode directly. Again and again parts of stations and planets are gone and I can fall through the world – which is especially great when I’m trying to sell a load of Quantainium at the last minute in Hurston and instead of the admin office a huge hole in the wall allows a view of the geometry of Lorville. Also annoying: Refueling and repairing is usually only possible in the stations in orbit of planets. In Lorville or New Babbage I can simply forget about it, it just doesn’t work.

Star Citizen 3.11 has returned to a certain stability. If the servers work, I can play extensively (at the moment I mainly do mining, other aspects I can’t judge). During this time I love the game passionately. But then there are nasty bugs again, which destroy my progress or prevent me from collecting data for the mining guide – and I could go crazy.

Ultimately I always remember that it is still a game in development and CIG has just founded a new studio for planet creation. After all, I really want to see how it develops further.

My advice is to check in from time to time, play a little and if the frustration about bugs gets too big, leave it for a few weeks.

There are no official requirements, but the following recommendations:

There are some basic tips you can follow to improve the frame rate and stability of Star Citizen Alpha 3.11.

Be sure to use a fast SSD hard drive for Star Citizen (or any other fast and graphics-intensive game). This is perhaps the most important performance tip of all. A normal HDD won’t work well.

More physical memory is always better than editing virtual memory, but here’s how you can increase it or move it to a faster hard disk:

Searches the Star Citizen.exe file in the Star Citizen folder (located in Star Citizen – Live – Bin64). Right click on it and select “Properties”. Navigate to “Compatibility” and set a check mark under “Disable full screen optimizations”.

Launch Star Citizen. Open the task manager. Navigate to the “Details” tab. Find the StarCitizen.exe and right click on the entry. Under “Set priority”, select “High”. By the way, you have to do that every time you launch Star Citizen.

Sometimes you get a server that just doesn’t run smoothly – for whatever reason. Then change the server. Do not necessarily select “Best” from the server drop down menu, but select Australian (OFF) or European (EU) servers depending on the time of day.

Especially when it is night in Europe or Australia, the need for sleep among players in those countries can have a positive impact on Star Citizen performance on your PC. 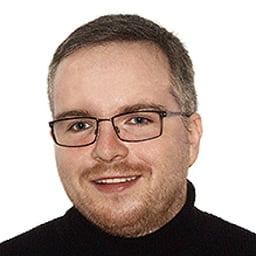