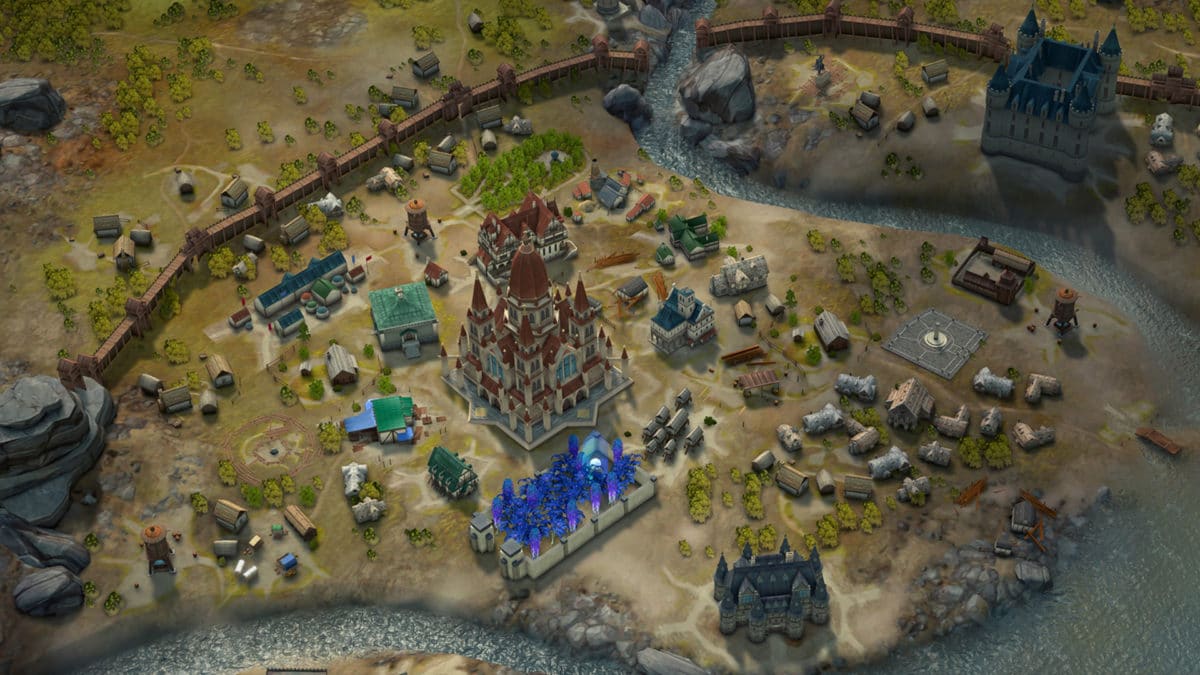 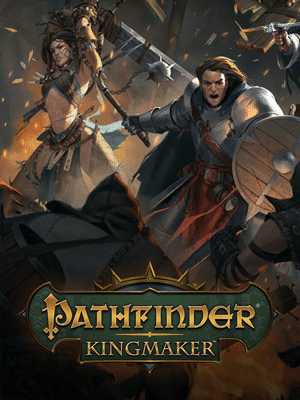 This guide will show you how to successfully manage and upgrade your barony and its cities in Pathfinder: Kingmaker. You’ll also learn about everything you need to know about advisors.

In this guide you will learn about

In addition to the Pathfinder setting, the administration of our barony is one of Pathfinder: Kingmaker‘s major unique features. We first conquer our own barony and then have to manage, organize, expand and defend it. You can automate the whole kingdom in the difficulty settings – but honestly, where’s the fun in leaving an important part of the game to the computer?

Here are our tips and tricks for a successful reign to help you keep your kingdom under control, ensure stability and prevent destruction.  Many more helpful information about gameplay & more can be found in our Ultimate Guide to Pathfinder: Kingmaker.

The complete guide to the kingdom in Pathfinder: Kingmaker

Audiences of petitioners and diplomats will of course be held in your throne room in your capital. There you can decide if you want to help a nearby kingdom or not, if you want to build a prison instead of a hospital and if Linzi should be punished for *SPOILER* or not.

Mouse-over on your map table may show you a red marking with an exclamation mark. This indicates that new events are waiting for you (more about that later). At your map table, you’ll switch to the Kingdom Administration. There you can see the map and your city – well, at first it’s just a small village. But before we begin its expansion (and that of the kingdom), we’ll have a look at the basic mechanics.

What are Kingdom Values and wich are available?

Our empire has ten basic stats:

These stats rise or fall depending on how we decide in certain situations. If we are proposed in an audience by Harrim to build a Nethys library and we agree, for example, the values for Arcane and Culture will increase. But the stats can also drop and if one falls to zero or below, riots are likely. Especially Stability should be well observed, because miserable stability values can lead to a rebellion and subsequent destruction of the kingdom. We will deal with this point separately later in this article.

Barony stats are not only increased by decisions, but also by the construction of buildings in our cities. More on that later. In addition, when we reach the first rank of a barony stat, we can assign an advisor who provides a bonus on that stat. We will come to this in more detail in a moment.

How can I increase the ranks of my barony stats?

Every 20 points we can increase the rank of a barony stat. To achieve this, we talk to the responsible advisor about the direction of this branch.

Then a project to increase the rank of the stat is activated. The Baron himself and his advisor for this department have to take care of this project for two weeks.

Before starting such a project, make sure that no time-critical events or quests expire within the next two weeks. After these two weeks, the rank increases by one point and we get one additional build point per week.

What are building points, where do I get them and what are they for?

Whatever you want to do – research, sign trade agreements, expand villages and cities – you need building points (BP). You earn them on a weekly basis. The basic income is 30 BP, which we receive weekly from our liege mistress Jamandi Aldori of the Kingdom of Brevoy.

Each rank of the individual branches (stability, culture, community, etc.) of your kingdom earns you one build point, depending on the economic rank. That means: If your economy is rank two, you get two BP. If culture is already on rank three, you will still only get two BPs for this sector, because economy is only on rank two and sets the upper limit. As long as your kingdom is a subordinate barony, all barony stats cannot exceed rank six.

You can earn additional BP from trade agreements with neighboring kingdoms. Please note that half of your BP income is sent to your liege mistress in Brevoy. It may make sense to strive for independence as the story progresses. In this case, however, you will no longer receive the weekly basic income from Brevoy. If without the 50 percent levy you earn considerably more BP, you should seriously consider making this move.

Where can I buy build points?

Problems are events that have to be dealt with in order to avoid a failure which could reduce your barony stats. To solve problems, you assign an advisor and hope that he or she does not screw up. Remember that advisors act according to their own convictions.

The possible outcome depends not only on the dice result, but also on the consultant’s philosophy. For example, in his role as a treasurer, Jubilost will always try to find the most suitable solution for the treasury – something the people do not always like.

Opportunities are events without the negative effects of a problem. We can only win here. But remember to prefer problems in doubt and solve them first before you turn to opportunities.

Problems and opportunities have an expiration date. If you let it pass, the event has failed. In case of problems this will have a negative effect on certain values of your kingdom, whereas on opportunities it will not.

The result is determined by a dice roll. The assigned advisor must reach the same or a higher number as the difficulty level (DC) of the event. In addition to the dice roll, the advisor’s bonus is added, as well as two points per rank of the barony stat for which the advisor is responsible.

These are the results an event can have:

Research projects, trade agreements and the raising of ranks of barony stats are considered projects. In addition to the time they take (either an advisor’s time or, in the case of upgrades, that of the baron, too), they cost build points.

Here you have to calculate exactly what’s worth and by what time. For example, a trade agreement with Brevoy is extremely expensive (1,500 BP) and takes a long time to amortise. You also want to expand your town (or other villages) – and that costs BP as well. But it’s almost always worth increasing your ranks – especially if you have a high rank in economy.

Management via the world map

You don’t have to stay in your throne room to run the kingdom. When you’re on the world map, you’ll find the Kingdom button at the bottom right, which you can access at any time.

If new events come up, a thick red marker will appear on the button and you can immediately deal with it. However, some events require you to be present in the Throne Room, as they are directly related to an audience.

If you’re on the move, make sure you plan a stopover in your capital city within the next few days.

Without good advisors, every regent can immediately quit, because there is no one who is able to keep an equally competent overview of everything. That is why we need advisors who we assign in the corresponding menu. By the way, once assigned, consultants can easily be substituted by others, so you don’t have to worry about doing something wrong. Among other things, the advisors help us with events and do a lot of work for us.

They do, however, act according to their beliefs and philosophies and represent certain values that correspond with barony stats. Cleric Harrim, for example, is suitable as a high priest because of his wisdom and therefore brings his bonus to religion respectively the Divine stat of the barony.

How can I unlock (new) advisors?

You need to raise a barony stat to 20 points and push it therefore to rank one in order to create the appropriate position. For example, your companions are ideal for many advisory positions. We have put together a list of available advisors with all the information you need.

Which advisors exist and what are they qualified for?

Where can I find a treasurer?

In the beginning, your barony includes only one region. You will need to claim other parts of the kingdom first. Learn how this works and how you can turn small villages into thriving cities.

How can I upgrade my kingdom and claim new regions?

The following overview shows the requirements for each of the 13 regions (in alphabetical order) in the game. Once you have met the requirements, a project will appear in the Kingdom menu that you need to complete together with an appropriate advisor.

All regions and the prerequisites for annexation

Afterwards, the new region will be yours and you will be able to claim its resources on the map to collect the bonuses. You can also build a capital in the region (costs 50 BP) and expand it gradually.

Throughout the story you can upgrade your regions. The requirements for unlocking these upgrades can range from certain ranks in barony stats to completing certain quests. The upgrade will appear as a project in your Kingdom menu. Once completed, it will award various bonuses. For example, the advisor or building bonuses will increase.

Once you have annexed a total of three regions, you may upgrade a village with at least six finished buildings to a small town. The first upgrade is reserved for the capital and will increase the number of building plots in the settlement to 20. Many new buildings will also be unlocked.

Every three successful annexations and a certain number of occupied building plots in the respective settlement later, you may upgrade the city further and receive additional building plots and buildings.

If you click on a village or city in the kingdom menu, you can see the stats of the city as well as the buildings already constructed. The “Enter” button takes you to the city overview. You can fill the building sites with buildings from the “Build” menu. Buildings cost building points and take up different amounts of space. In return, you will receive bonuses on your barony stats.

When developing the city, pay attention to the required barony stats, but above all consider the correlations between the individual buildings.

Unfortunately, it is not possible to move a building. We first have to sell the building for a couple of building points (the selling price is usually around a third of the building price) and then rebuild it at the desired location. However, this can be quite rewarding if the kingdom values improve considerably.

We are also allowed to upgrade buildings if the requirements are met. For example, a forge can be upgraded to a foundry if the settlement has the status of a small town. Upgrades add bonuses to barony stats.

Some NPCs in the game offer to work for us if we provide them with a workshop. For example, Nazrielle in Noonwrath (Kamelands) wants to have a weapon shop so she can produce items for us.

Alignment of the realm

As we have explained in detail on the subject of character creation, the Baron’s alignment has an impact on the country’s alignment and on what kind of people our kingdom attracts. Keep this in mind when making decisions that require a certain mindset (in dialogues, this is indicated by the respective alignment in brackets).